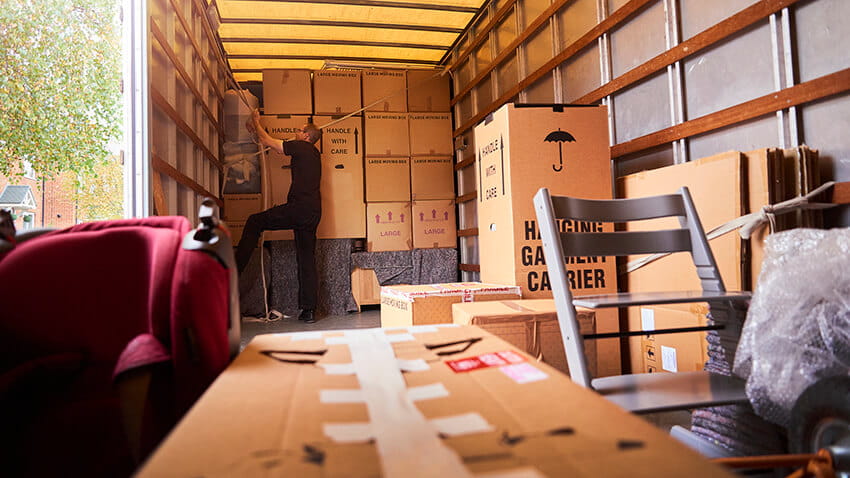 The pandemic introduced us all to the possibility and acceptability of remote working. Now that where you work doesn’t necessarily have to align with where you live, Americans are seeking new zip codes. U-Haul’s migration trend report has some insights on where folks are headed. Four states in the BOK Financial footprint made U-Haul’s top 10: Texas, at No. 2, and Arizona, Colorado and Missouri, at No. 5-7, respectively.

U-Haul looked at the number of folks packing up a moving truck in search of a new home base and compiled the data in their 2020 Migration Trend report. The company calculated gains and losses by comparing the number of one-way U-Haul trucks entering a state versus those leaving that state in a calendar year.

Mandy Austin, Dallas market president for Bank of Texas, said she was not at all surprised to see her state place second for the fifth straight year.

“There has been a tidal wave of companies that have relocated or are in the process of relocating their headquarters to Texas, and it seems like the pace has accelerated from prior years,” she said.

“If you listen to the CEOs of these companies, they are looking for a state that will give them the freedom and autonomy to really set their own course as they move forward. Texas offers a business-friendly climate combined with a very affordable cost of living for their employees.”

That winning combination that makes Texas an attractive market, Austin added. “So, for those companies that are really concerned about the quality of life for their people as well as maximizing the earnings per share for their stakeholders, Texas is a really nice solution.”

Austin said it helps that Texas is centrally located and has great international airports. “We also have a highly educated workforce with a lot of top-tier universities. Our tax and regulation climates are very friendly compared to other states where we’re seeing people move from.”

The Texas housing market is booming, she said, and the bank’s mortgage origination volumes were tremendous in 2020, part of an industry-wide trend.

“One thing I have to say about Texas that I’m really proud of is our willingness to support new businesses and entrepreneurs,” she said. “It’s a Texas state of mind where we want to help people be successful.” 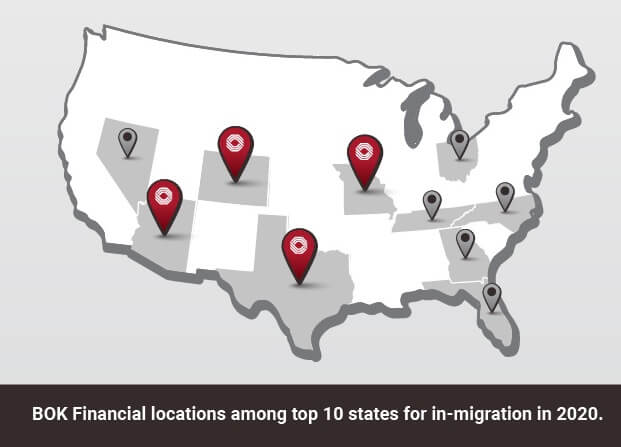 Ralston said the state has always appealed to retirees, and that in-migration has accelerated with more and more baby boomers reaching retirement age.

“The largest percentage of people moving to Arizona are coming from California,” Ralston said. “California residents are moving away from high taxes, high cost of living, challenging business climate and environmental concerns.”

He said Arizona continues to attract business in growing industries like bioscience, technology and manufacturing.

“Job creation will always be a significant driver of the housing market, and Arizona has recovered over 66% of the jobs that were lost to the pandemic in 2020,” he said. “Experts are predicting Arizona will see job growth of around 4% in 2021.”

Ralston said the unexpected work-from-home environment brought on by the pandemic demonstrated to many that they could be productive from anywhere. “This provided the impetus people needed to begin searching for a place that provides a better quality of life while maintaining their job and income,” he said.

Bill Sullivan, Colorado market CEO for BOK Financial, said it’s easy to see why people are moving to Colorado, which came in sixth on the list.

“It doesn’t hurt that we have 300 days of sunshine, and mountains for skiing and recreation,” said Sullivan. “Denver has a really young population. More than 50% of residents are below the age of 45. It’s a young city and getting younger every day with a lot of early professionals moving here.”

The company’s mortgage group had an amazing year in 2020, Sullivan said. “The Denver real estate market continues to be very strong. Inventory levels are super low, so the current in-migration is fueling further price appreciation. Coupled with the pandemic-induced demand spike we see nationwide, there are a lot of people buying their first, or that step-up home in Denver.”

Sullivan, too, said he’s seen a number of corporate headquarter relocations to Denver, many from California.

“The pandemic has caused a lot of people to rethink their existence and what they want to be doing,” he said. “We see a number of startup businesses forming. Colorado has that western independent spirit, and the business community is very collaborative here, which creates an exciting energy that people want to be a part of. There are new businesses coming in, and new people moving in, so it’s mutually beneficial.”

Sullivan said he’s seen increased growth particularly in the aerospace and technology industries. “Denver is really centrally located in the US, and even globally,” he said. “You can get about anywhere from here. So a lot of distribution and logistics companies are based here. Colorado is a great place to be, so I can see why we made the list.”

A place to get away

But it’s not just city skylines that people on the move are looking for. People opting to call a new state home, aren’t always moving to urban or metro locations. In fact, the number of people settling into more rural locations has increased recently.

“When you hear that people are moving to Missouri, for example, you tend to think of St. Louis or Kansas City,” said Ryan Bennett, BOKF Mortgage regional manager. “And while that’s true, many people are also making their way to smaller suburban cities and towns.”

In a time when more people are taking a more flexible approach to work, they’re also finding that work can be done from anywhere. “People are embracing the idea of living close enough to the city to pop in for a meeting without having to actually live in the urban area,” he said.

“And, many people aren’t prioritizing travel as much right now, so they’re opting to move somewhere scenic or with a lot of the recreation nearby,” said Bennett. “In the past year, we saw an uptick in sports and recreation equipment. Bikes and boats and skis were sold out. People want a release from being cooped up and a lot of them are finding that outlet in more rural areas.

“Across the board people are embracing a new flexibility, they’re re-examining what home means and where they want to spend their time.”