With lawmakers focusing on pandemic and economy, consider proceeding with caution on plans around your investments and estate 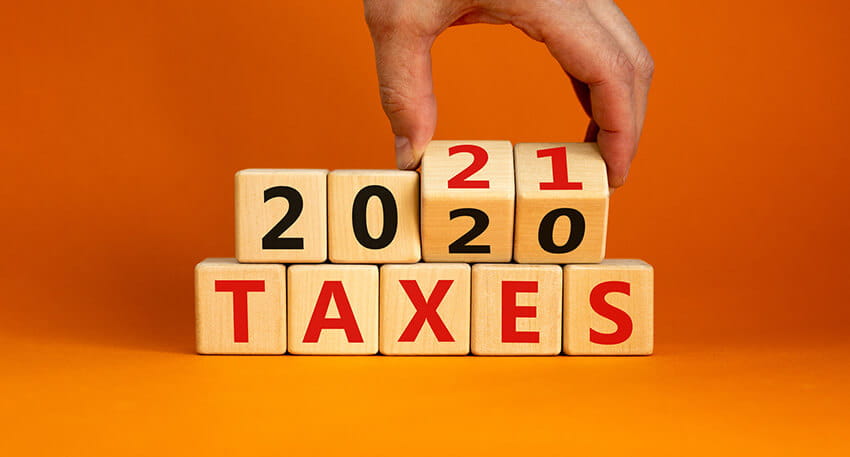 Even before the Biden administration started unpacking its boxes in Washington on Jan. 20, speculation around tax issues buzzed among investors of all stripes.

Would tax rates go up? Where would capital gains taxes land? How would estates be treated?

Such queries remain valid, but tax matters could take a back seat to fiscal stimulus efforts as lawmakers continue to emphasize overcoming the effects of COVID-19 and further supporting the economic recovery as the pandemic retreats, according to Brian Henderson, chief investment officer at BOK Financial.

And while the new administration will be working with a Democratic-controlled Congress, the party’s 221-211 edge in the House of Representatives (with three seats open) and the 50-50 split in the Senate may lessen the likelihood of a progressive wave.

“Nothing will be an easy sweep as one vote in a different direction can make a big difference,” said Steve Wyett, chief investment strategist with BOK Financial. “I do not have a crystal ball, but it seems like things will be more subdued and less likely that more of the extremely progressive ideas around taxes would be incorporated.

“It might look quite different than what your image would be of a Democratic-controlled House and Senate working with a Democratic President.”

Given the landscape, Kimberly Bridges, director of financial planning at BOK Financial, said many may consider the pros and cons of holding off on making any moves in anticipation of any potential changes in the tax code.

“Just because something was proposed on the campaign trail doesn’t mean it will find its way into legislation,” she said. “We may see some real bipartisan collaboration in the coming months.”

While running for office, the Biden campaign floated a series of potential changes to the tax code, including increased tax rates for high-income earners, reduced tax benefits on itemized deductions and retirement plan contributions for the wealthy, a recalibration of capital gains rules, and a reduction in the estate tax exemption.

Henderson anticipates that higher tax proposals, which will likely target corporations and high-wage earners, will start surfacing in the late summer or early fall.

Understanding that some clients may want to get the jump on maneuvers that protect earnings, profits and assets from higher rates or lower taxable thresholds, Bridges cautioned patience, explaining that a move made too soon could actually hurt in the long run.

“If I were advising someone right now, I’d pretty much say ‘wait and see,’” she said. “Let’s get through the next six months and find out what’s going on. When Congress is ready to address tax legislation, our ears will perk up and we’ll be poised to take action, whether laws are enacted before the end of 2021 or won’t be passed until 2022.”

Given the uncertainty in possible measures and timing, your tax considerations should focus less on external factors and more on the composition of your portfolio, Bridges said.

That means applying a tax-wise mindset when discussing your holdings with your investment manager:

Outside of such assessments, Bridges acknowledged that high net worth individuals should start preparing for a downshift in the estate tax exemption, which currently sits at $11.7 million per person.

Even if that tax-free threshold isn’t reduced in the next year or two, it’s scheduled to revert back to $5 million (plus inflation adjustments) at the end of 2025.

If your estate is worth between $5 million and $11.7 million, consider meeting with your attorney, accountant and financial advisor in the coming months to consider preparing for that eventual change. It takes time to set up trusts, value your assets and determine how the trusts will be funded—and if it comes down to a late-year squeeze, finding professionals with availability will be challenging.

Ultimately, aggressively positioning your investments and other assets for tax purposes may expend more energy than it’s worth, Bridges said.

You don’t want to pay more than you have to, of course, but she frequently cites a quote from one of her college professors, Randy Gardner at the University of Missouri, Kansas City: “Don’t let the tax tail wag the dog.”

Instead, revisit your values and goals to ensure that your portfolio and estate help fulfill your personal objectives, and then see where tax-savvy moves can help out, regardless of whether the nation’s capital is painted red or blue.

The content in this document is for informational and educational purposes only and does not constitute legal, tax or investment advice. Always consult with a qualified financial professional, accountant or lawyer for legal, tax and investment advice. Neither BOK Financial Corporation nor its affiliates offer legal advice.